The rising divorce rate in the country is a reason for pause, to examine why so many couples get the point when they can no longer live with each other.  Let’s first try to understand what makes men decide to file for divorce.  It is often the women who will file for divorce, so let’s see if we can analyze another side of why marriages end so tragically. 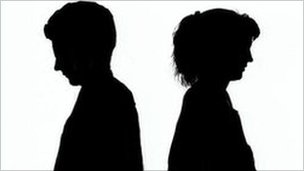 It’s only natural to disagree on things, but if you start arguing over the simple stuff like what each other wants to eat for dinner, it starts wearing you down.  When couples are young and in love, they spend most of their time having fun and laughing.  Just because you get married and take on more responsibilities, like having kids, doesn’t mean you have to stop smiling.  Even when things go wrong and you have a terrible day, you have to take a break and remember why you fell in love in the first place.

Sex turns into a commodity

If your sex life turns into a scheduled business meeting, chances are you’re no longer “making love” and are merely fulfilling another chore with a brief intermission.  As lives do get busier, it becomes even more important to make the most out of those precious moments alone.  One partner shouldn’t be doing it as a favor to another, sex should be something you both look forward to.  When a marriage shows signs of fizzling in the bedroom, that’s when things usually start to get stressful in the relationship.  Men have a physical need to get their rocks off on a regular basis, but, contrary to popular belief, women benefit just as much as men from a daily dose of mind-blowing orgasms.

This reason also goes with the previous point.  Women who become distant from men tend to let themselves go, physically, putting more distance between each other.  It’s really not a sign of a healthy relationship when you can look at your lover and start looking at their flaws, whether it is a change in what they wear, body weight, skin care, and so on.  You should be able to feel relaxed around your partner, however, taking care of yourself and dressing up for your lover once in a while will remind him why he married you and has eyes for no one else.

Life is one big learning experience, sometimes things aren’t meant to be.  People who have been together their entire adult lives can end-up breaking it off, to the surprise of their friends and family members.  You can try to fix things, but sometimes it is inevitable or you’ve reached a boiling-point where there it isn’t worth saving.  Let’s take a look at the most common reasons marriages don’t work. If you want to stop divorce from happening in your marriage, then you need to make sure none of this happens to you.

This should easily be the number one reason that marriages end in divorce.  Couples will argue and fuss over things, which is only natural, however, if you argue over every little detail of each other’s lives, it’s not going to be good for the health of the marriage.  There are some old couples who can someone still manage to stay together while constantly bickering for decades, but that is definitely the exception and not the norm.  There has to be a point of resolve to keep the lines of communication open and respect towards each other to prevent a self-destructive marriage from happening.

If communication problems is the number one cause, infidelity has to be the number two cause of divorce.  It’s a common joke among married couples about how after you get married, the sex life is over and the ball and chain is put on.  Well, it’s actually not that funny, when you look at how common it is for cheating to split marriages.  Men and women have needs and if they’re not getting them fulfilled at home, they will eventually find it somewhere else.  Something as basic as reviving a healthy sex life can salvage an entire marriage.

On the opposite end of the spectrum, many marriages are so devoid of love, they dwell in the dark crevices of abuse.  Something is very wrong when you no longer feel safe in your own home, with someone who decided to spend the rest of your life in.  You don’t truly know this person anymore if they resort to physical or mental abuse for whatever reason or excuse they may have for it.  This is often a problem that you can never fix as the receiver of the abuse and it is best to leave the relationship and seek professional help. A Realization That Monogamy isn’t for you

This might be a foreign concept to some, but monogamy isn’t actually a normal or even a common sight in Mother Nature.  Most do not mate for life, it doesn’t mean that they cannot love, it just means they can’t stay stationary and live a life set in stone.  Some people need that structure and definition in life, while others feel claustrophobic and have higher levels of anxiety in a marriage.

A Lack of Problem Solving Skills

Marriages can fall apart if adversity presents itself and you and your spouse are not prepared to cope with it.  Whether it is financial problems, health problems, or possibly family problems, these are all things that can put stress on the relationship and may cause a couple to ask themselves if they feel they would be better off working autonomous, rather than together.

Being married takes a lot of work. Not just by one person, but both. When you have financial problems, it can put a huge strain on a marriage, which is why money is why so many people get divorced. People always say that you marry for love, but in reality, it is for security. When that security is threatened, there are going to be emotions which are going to make their way into the marriage bed and cause a really big strain on the marriage.

Financial problems affect sexual problems. This is why for the most part, when people are having money issues, they are not having sex. Having sex relieves a lot of stress, but it is hard for you to get into the mood when you have too much stress in your life. That is why a lot of marriages end on this point, but the main culprit is the lack of money. You don’t have to be a genius to know that if the intimacy is gone, than so is the marriage. By keeping the intimacy alive in your marriage, you’re going to be able to stem off talks of divorce for a while.